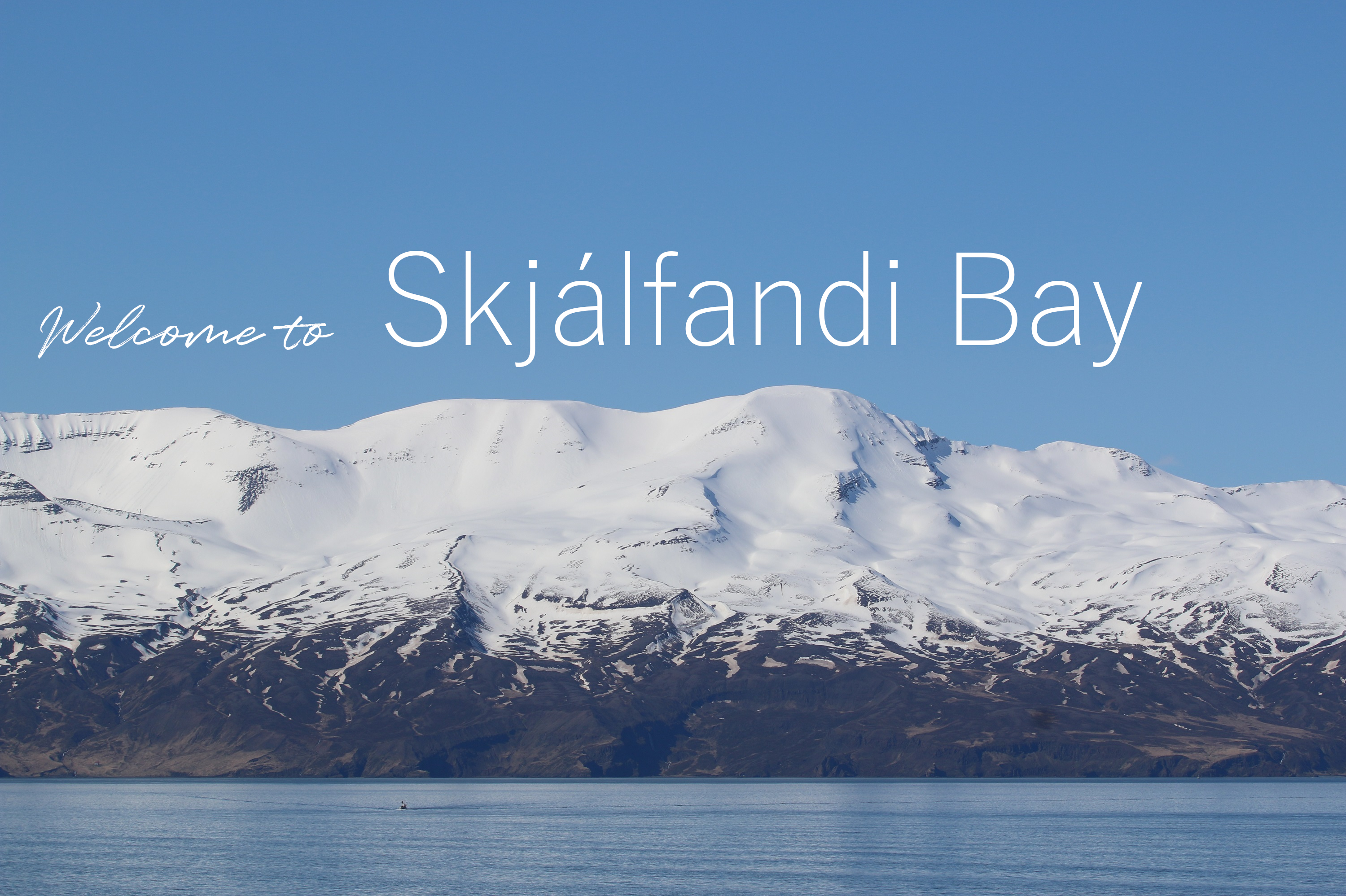 Situated along Iceland’s rugged north coast, Skjálfandi Bay is a haven for wildlife
After driving across the seemingly barren landscape of Iceland, ‘Shaky Bay’ (named after its near-constant seismic activity) seems no different. There are few trees in sight and the bay is guarded by imposing, snow-capped mountains to the west- a breathtaking scene of desolation and wilderness. However, under the 24-hour daylight of an Icelandic summer,this remote corner of the world is literally teeming with life.
The low-lying land surrounding the bay is a perfect breeding ground for dozens of bird species, many of which migrate from southern lands (and even as far as the Pacific Ocean) to make the most of the Icelandic growing season.
The real magic, however, happens underwater. Found at the confluence of three major ocean currents, Skjálfandi Bay is the perfect location for primary productivity during those long, Icelandic summer days. Major rivers and countless snow-melt streams add vital nutrients to the waters, and the underlying topography of the bay contributes to upwelling of further nutrients.
The result? Massive plankton blooms, countless seabirds… and plenty of whales
Skjálfandi Bay is arguably the best place to see whales in Europe, owing to its large diversity of marine mammals and its summer reliability. In over 100 trips in 2018, at least one whale or dolphin was seen on every trip Now the most commonly sighted species in the area, humpback whales have made a remarkable recovery following their protection in 1982 and are now a global symbol for marine conservation.Humpbacks are a favourite for whale watchers, due to their aerial displays and inquisitive nature. They also represent one of the great mysteries of our oceans: they navigate across entire oceans to make the longest migration of any mammals, and their haunting, beautiful songs continue to bewilder whale research.

Humpbacks usually arrive in the bay in April and now stay in large numbers until December. Known as the opportunists of the whale world, humpbacks feed on a variety of prey, from plankton to herring, capelin and even large fish such as cod.
Blue whale (Balaenoptera musculus)

It is difficult to appreciate the true might of a blue whale. Up to 30 metres long and 200 tons. Their tongue weight more than an elephant, their heart is the size of a car and a child could crawl through their blood vessels. A true leviathan. Blue whales are unrivalled in the animal world, and we are privileged to share this planet with them. Despite this size, however, blue whales are notoriously difficult to watch, owing to their speed, shyness and reserved behaviour above water. If we know little about humpbacks, then we know next to nothing about blue whales. Where do they breed? Do they have social lives? Do they possess sophisticated communication? Of particular concern is their response to climate change- blue whales only feed on krill, which are particularly sensitive to water temperature.

Blue whale sightings around Iceland have changed dramatically in recent years, and Skjálfandi Bay is now the best place to spot these gentle giants. Peak sightings occur at the end of June and beginning of July, corresponding to peak plankton and krill levels in the area.
Minke whale (Balaenoptera acutorostrata)

Up to 10 metres long and 10 tons, minke whales are an unappreciated gem. Typically shy towards vessels, minkes feed on small fish and are often found associated with seabirds. Once in a whale, you may be fortunate enough to encounter a curious minke, blowing bubbles around your boat and actively watching you.

Once the most frequently sighted marine mammal in the bay, minke whales are now increasingly hard to find. Perhaps due to climate change altering the distribution of their prey, minke whale populations are rapidly declining around Icelandic coasts. Minke whales are also the main target of Icelandic whalers, who nowadays struggle to find whales to kill. Without a doubt, these whales are worth more alive than dead.
White-beaked dolphin (Lagenorhynchus albirostris)

With their boundless energy and incredible aerobatics, white-beaked dolphins are always a pleasure to watch. A resident in Icelandic waters, these smaller cetaceans (up to 3 metres) can be seen all year round. They are generally seen in pods of 10-20 (although groups of more than 100 can be encountered), and are accompanied by calves in summer.
Loading Comments...